The Rivers State Police Command has confirmed the death of three persons in the raging fire caused by a pipeline explosion in the state.

Spokesman of the Command, DSP Nnamdi Omoni said three persons have so far been confirmed dead.

Thousands of residents of Konkon area of Oyigbo local area of Rivers State have fled their homes following a huge fire caused by a pipeline explosion in the area.

It was not clear the exact time the fire started but it was raging as at 8 am Saturday. The cause of the explosion could also not be ascertained. read; my issues with wike, abe and Mr……..

PM NEWS correspondent in the state reports that the fire was raging ferociously destroying everything within reach.

The lawmaker representing Oyigbo State Constituency in the Rivers State House of Assembly, Hon. Promise Nwankwo not only confirmed the raging fire but that residents have fled their homes.

He called on Federal and State fire services to come quickly to the area to put out the fire and stop its spread to other areas.

No fire service vehicle has arrived in the area as at the time of filing this report.

Konkon and many communities in Oyigbo have petroleum pipeline criss-crossing them. The area is also notorious for pipeline destruction by oil thieves……..

At least eight people died in an oil pipeline explosion in south-eastern Nigeria, police and a local official reported on Sunday, which does not rule out a heavier toll.

“I went to the scene as soon as I was informed of the accident,” said Gerald Oforji, a local politician. “And we’ve counted at least eight charred bodies, but I think there may be more.”

According to initial investigations, the pipeline “belongs to the Pipeline Product Marketing Company (PPMC) and was undergoing maintenance when the explosion occurred”, according to the same source.

The accident took place on Saturday in the Kom Kom area of Oyigbo, while a team of engineers were carrying out maintenance work on the pipeline.

“The accident took place on Saturday in the Kom Kom area of Oyigbo, while a team of engineers were carrying out maintenance work on the pipeline,” Nnamdi Omono, spokesman for the Rivers State Police, told AFP. “The number of victims is still unknown.”

On Sunday morning, the fire was contained, he added.

Nigeria, Africa’s largest oil producer, depends for more than two-thirds of its public revenues on oil. 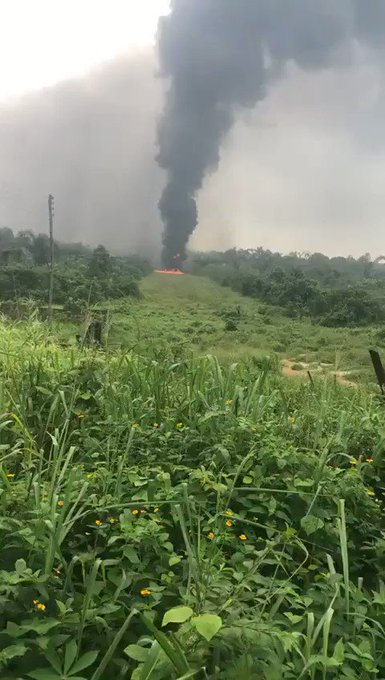 10 Rules You Should Follow To Build a strong Relationship

Champions League: Conte reveals what Chelsea must do against Qarabag to qualify